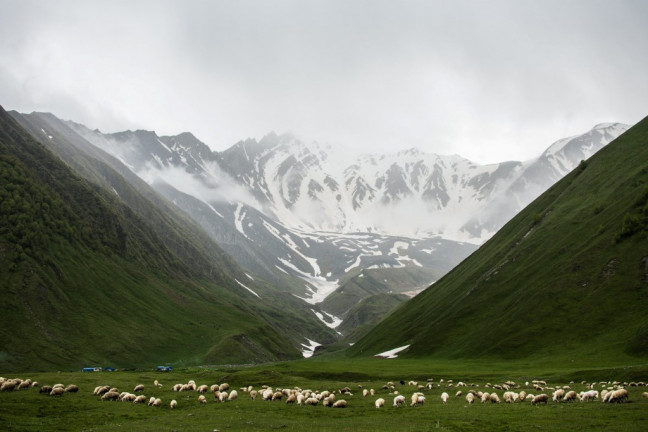 We are always talking about new uses that people are finding for drone technology, but this is something really out of left field if you’ll pardon the pun – drone shepherding.

New Zealand is famous for its high sheep population and farmers there are pioneering this UAV innovation in airborne shepherding which is now being tested in the UK.

New Zealand farmers have been testing drones to partially replace the functions of their super-talented dogs in some areas.  What’s more, the dogs are playing their part in ensuring the success of the venue by having their barks recorded for playback during flight through specially added speakers.

One shepherd noticed less resistance of his sheep and cattle to the drones than to the dogs (apparently some animals can obstinately stand their ground in the face of canine instruction).  This has resulted in faster and less stressful movement of the animals and also allowed the farm to carry out a visual inspection of their property from the air at the same time.  Livestock numbers, health and boundary security can all be checked during the course of a flight as well as saving the farmer valuable time in accessing hard to reach areas on foot.

There’s always going to be a place for dogs of course as they don’t need to be charged and can work in all weathers but an ideal situation might be a team effort between the tech and man’s best friend.

It’s not a simple replacement as the animals have to become accustomed to the drone to some extent in order to prevent them becoming panicked and bolting. However, the advantage of automating some of the process once the initial acclimatisation period has been completed are clear – farms can range for acres and not all of that terrain is easily accessible.  The ability to equip a UAV with an additional thermal camera also offers a benefit in detecting livestock that are hidden by foliage and even to reveal the presence of predators or unauthorised visitors.

In terms of future developments, the Southern Alberta Institute of Technology in Canada has recently received a sizeable grant to explore where drones can go in the field of livestock management.  They are already working on RFID tagging individual animals so they can be automatically located by a drone and there are bound to be many more developments in the pipeline to simply the animal monitoring process and also to add value to the farmer.

In an industry that has already started to look to precision agriculture to maximise yields and profits, it wold now seem that precision ranching is set to become a reality. 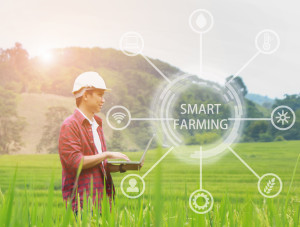