Aerial photography, or simply put, taking photos with a camera in the sky, is not a new phenomenon. In fact, its origins can be traced back as far as 1858 (you can see our aerial photography timeline below).

However, over the course of its history, it has been technically specialised work and extremely expensive.

The commercially mass-manufactured drone has now put the ability to create images from a bird’s eye view firmly within reach of so many people.

There has never been a better time to harness the power of aerial photography using drones for both creative and practical purposes. 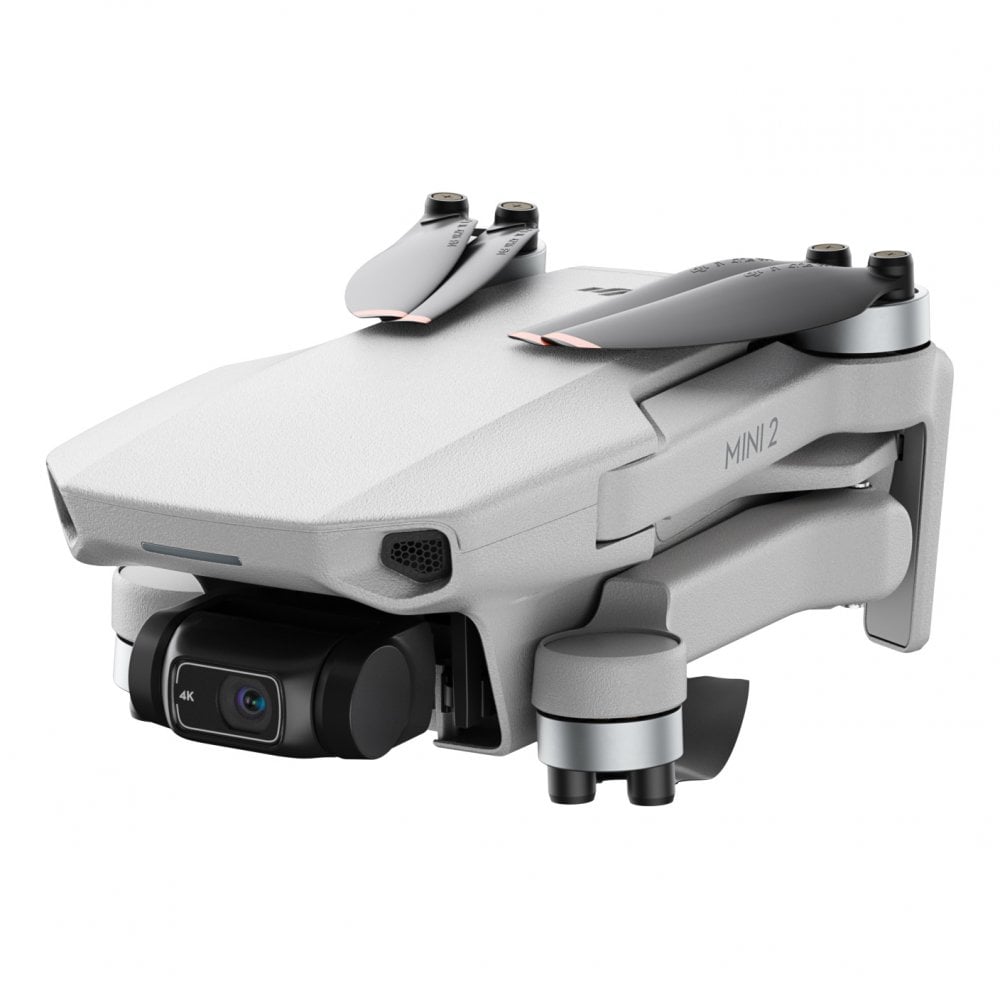 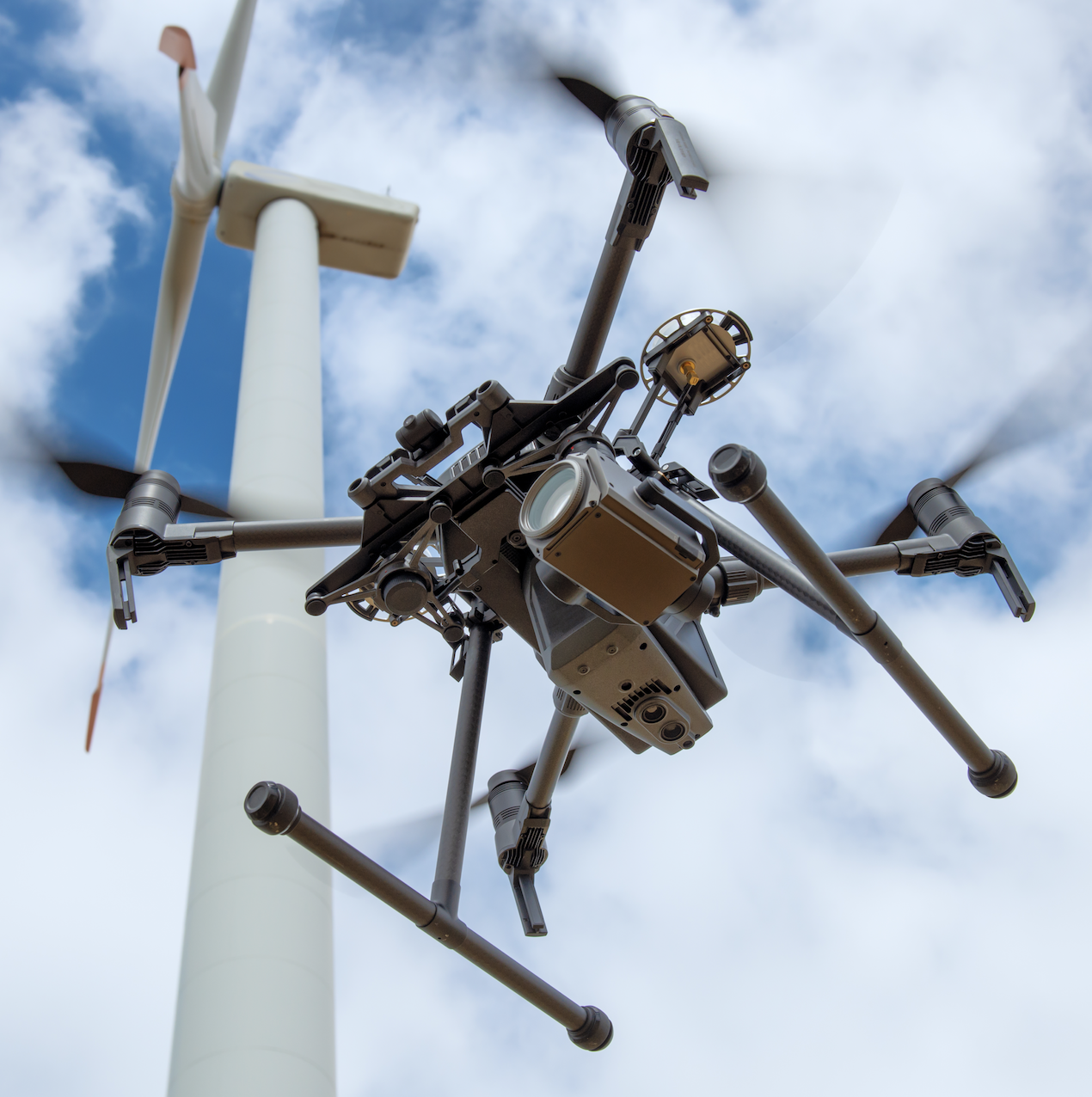 The 2010 release of the Parrot AR Drone is largely credited with opening the possibility of ‘ready to fly aircraft’ to the general population who would control it via a tablet or mobile phone app.   From there, it was a logical progression to add photographic and video capability to these now far more accessible pieces of technology.

He has been reported as achieving more than $2 billion in sales, and is worth an estimated valuation of $15 billion in 2018.

DJI’s release of the Phantom in 2013 meant images of unprecedented quality could be created form a commercially available read to fly drone and the aerial photography industry has continued to take flight from there.

Photographers and artists are increasingly looking to the sky to create their work.  Even the most familiar landscape or landmark can look different form a fresh perspective and there is a great deal of beauty that can be found in the patterns and textures that only a sky-borne camera can capture.

Previously unseen details can be revealed, and they offer the advantage of being able to easily reach areas that would be difficult or impossible over land.

Form a height, a geologist may be able to spot rock formation patterns that are not visible from ground level.  Many conservation groups also use drone aerial photography to monitor the land and animals they are taking care of.  A drone is able to combine the advantage of being able to avoid travelling across difficult terrain, the risk to ground level personnel and also they don’t disturb the wildlife.

Drone flights can be programmed to be repeatable at set intervals.  This means that the resulting images can be compared over time – an excellent way of keeping track of environmental changes or documenting projects from start to completion.

Aerial photography, particularly by UAV, allows the viewer to quickly see the big picture.  A series of pre-programmed flights can mean that a drone can cover a large area quickly and comprehensively, with the resulting images being stitched together to provide thorough coverage.

Seeing a building or area from an aerial perspective can have some real advantages in a number of fields.  For example, an architect can use images of an area to plan their building or buildings to maximise the natural features and minimise any problems, and all without repeated site visits.

Planning can be carried out for road networks, facilities and even flood defences. 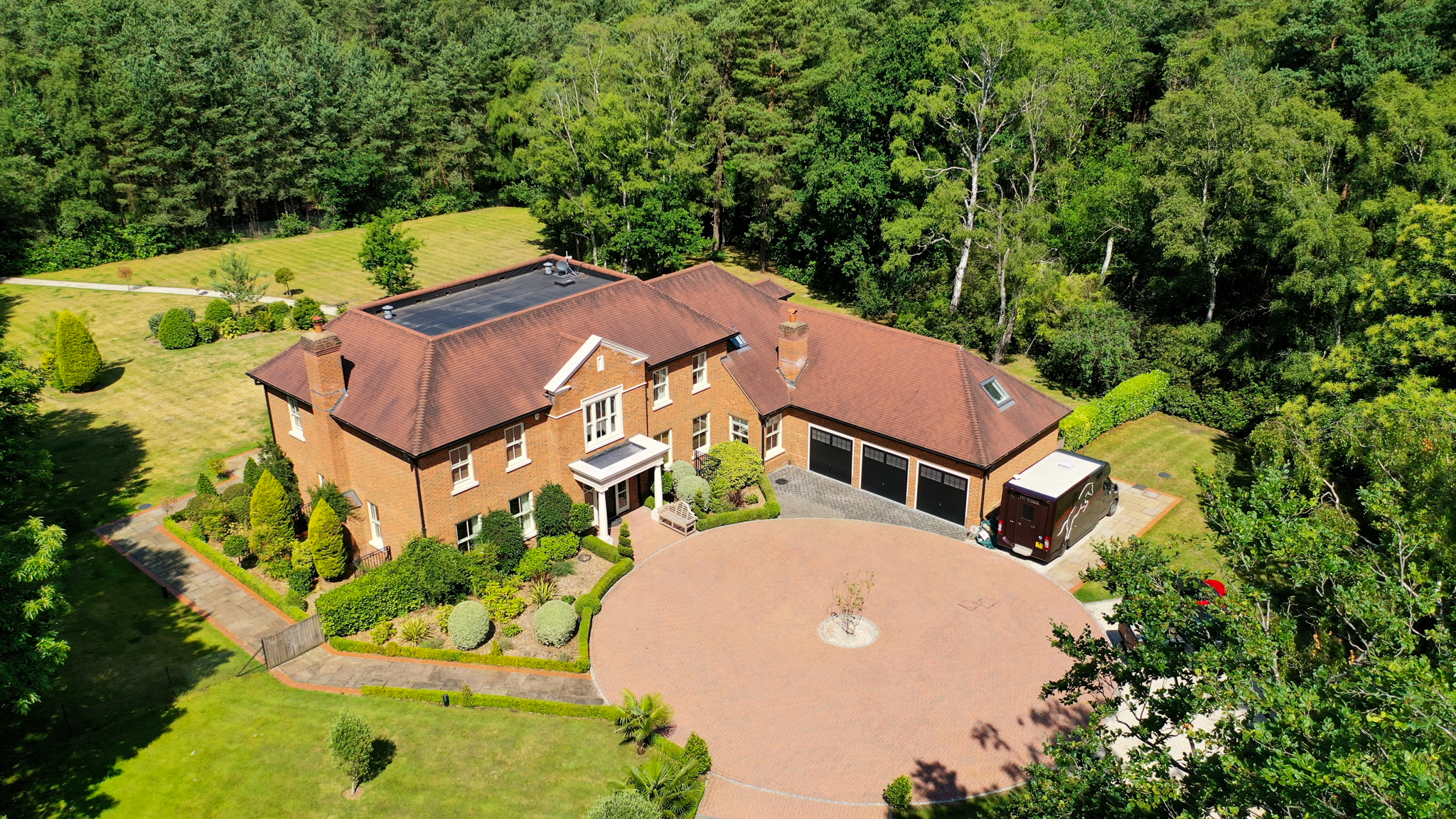 From a business standpoint, aerial photos can provide some powerful and extremely engaging marketing material in so many areas

There are two main types of aerial image.  Those taken from an angle to the ground are called Oblique images and those taken with the camera pointing straight down are called Vertical images.

Vertical images can exist on their own of course but they can also be digitally stitched together to create large image maps or photogrammetric images.  These allow measurements to be taken for survey or mapping purposes.

3d images can be created through taking several aerial images of an area from different points. Originally designed for military intelligence purposes, this type of aerial photography also has benefits for surveying and cartography as well as creating images for artistic purposes.

Orthophotos or Orthophotomaps take an aerial image and geometrically correct it in order that it can be used as a map. Google Maps would probably be the largest user of this technique.

They take it even further by then layering images over a digital elevation model to simulate the 3d landscapes we are all used to navigating in Google Earth. 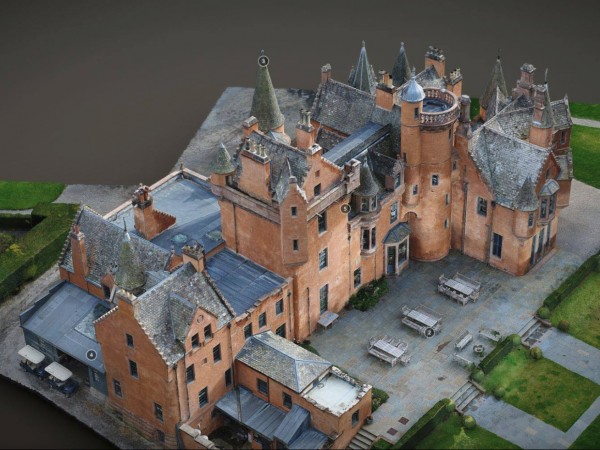 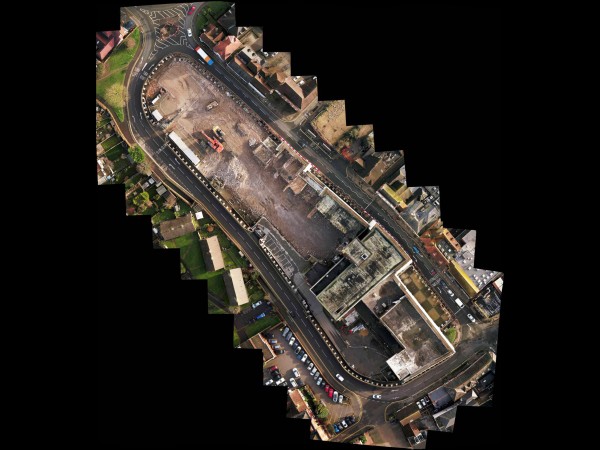 Estate agents and building managers can use drone aerial images to great advantage when it comes to marketing properties.  Seeing a home or group of homes with the surrounding area can highlight features and facilities such as road access and nearby amenities.

High quality aerial images can really showcase a property, particularly those with extensive grounds, and make them stand out from the crowd in today’s competitive real estate market. 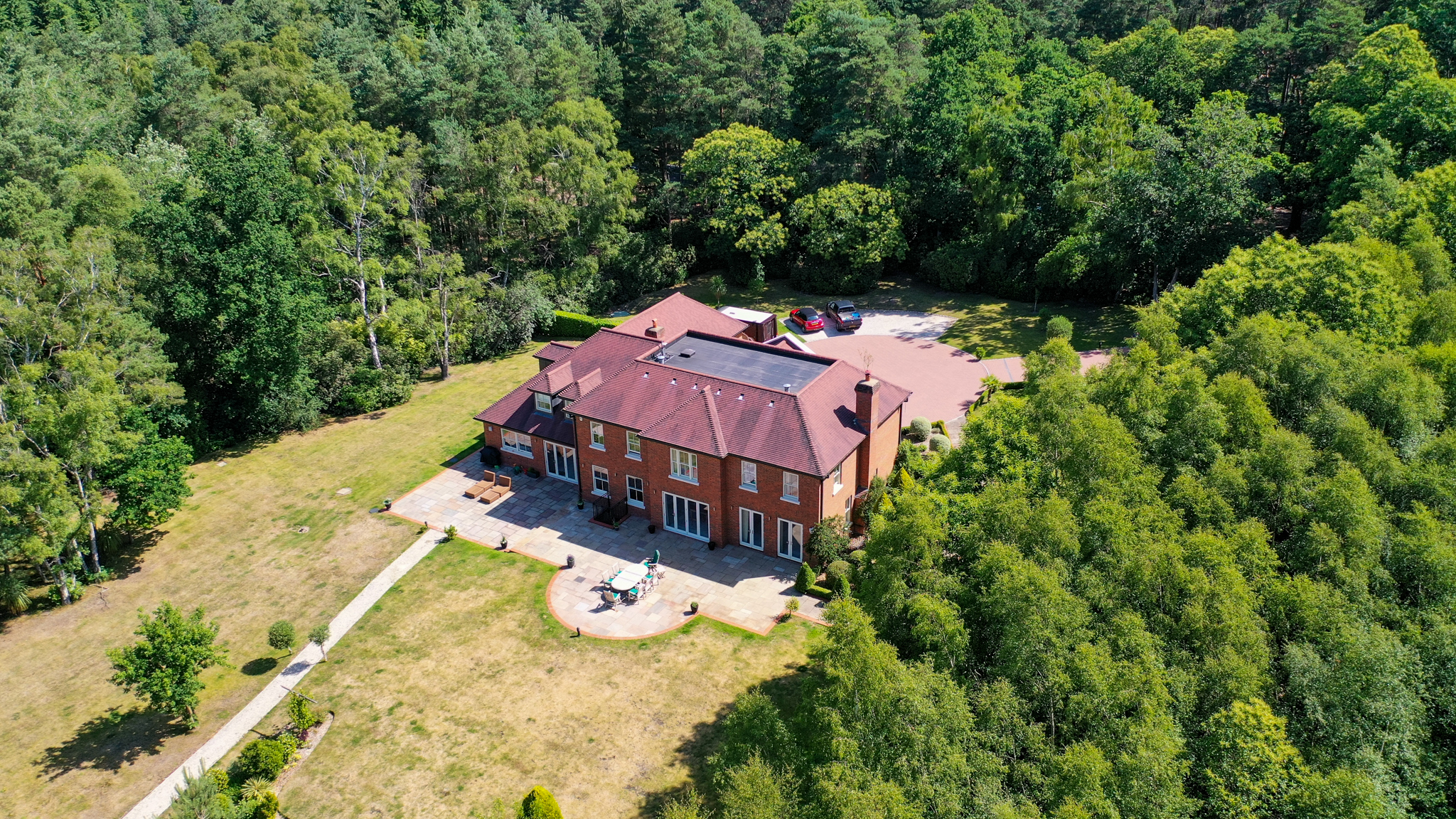 As well as offering an impressive addition to a school, college or university prospectus, aerial images can actually be a great way of raising funds.   School photography is routinely purchased by parents but the outdated ‘line them up on benches’ format can man that images sales are not as high as they might be. An aerial school photo can be an innovative and exciting way to capture pupils and raise funds for the school as well.

As couples plan their big day, more and more are including aerial photography as one of the ways they are going to preserve their wedding memories.   An aerial view of the venue can capture it in all its glory and drone photography can also create a unique memento of your guests enjoying themselves. Some couples even have their guests create shapes or words that can only be seen from the air for an extra special image.

Aerial Photography and the UK Law

Drone photography UK laws are designed to protect the safety and privacy of the general public. Data protection laws known as ‘GDPR’ have increased privacy protection in the UK.

The first important thing to understand is the difference in laws applying to amateur flyers and commercial drone operators. Anyone offering services like drone roof inspections and drone wedding photography for payment must have approval to operate from the Civil Aviation Authority (CAA). Approval comes in the form of a PfCO and if you’re hiring someone to carry out photography on your behalf, you should check that they have this.

Amateur drone users don’t need to pass exams and tests currently, but changes are coming. Some may resist this, but drones can be dangerous in the wrong hands so it’s reasonable that all users should have an understanding of the risks and how to mitigate them. Public perception of drones is quite negative, so steps to improve safety can also help the drone industry to be viewed more positively.

If you plan to sell or profit from pictures of identifiable people they need to give their consent. Naturally you need to be sensitive to photographing children without parental consent, and bear in mind that some may be under protection and can’t have their images published online.