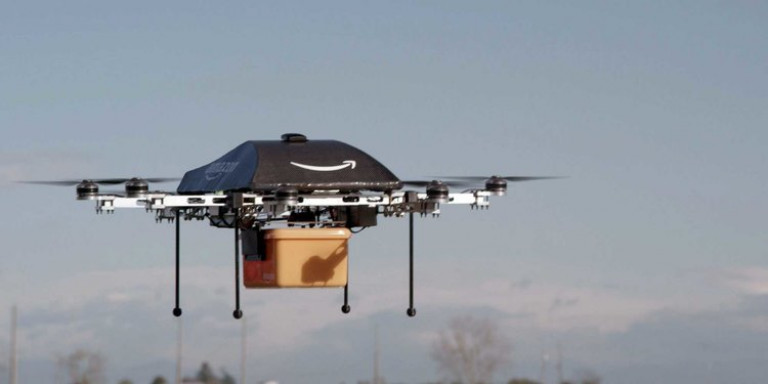 How soon will we have drone deliveries ?

When you mentioned drones, one of the subjects that always come up is the possibility of drone deliveries and how realistic are they. It’s fun to imagine that a drone will drop your Friday night pizza to your doorstep but will it ever happen? 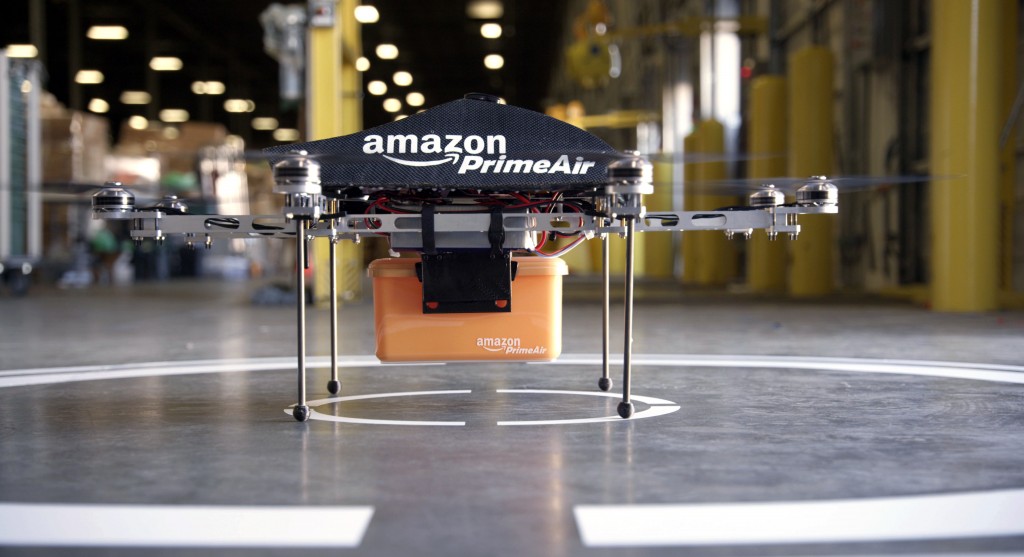 In fact, the science-fictionesque sight of the sky buzzing with package carrying drones might become reality sooner than you think with large organisations such as Amazon and Alphabet (Google’s parent company) investing some serious resources into bringing the idea to life.

There was a recent news report regarding an upscale property development in Maida Vale being one of the first to be designed with vertiports specifically to welcome in a future of drone deliveries. The architect and developer are so certain that these will become common place that they are working closely with Skyports on all future developments to assess their potential for receiving deliveries from the air.

Skyports’ strapline reads ‘Connecting the World through our Skies’ and that neatly sums up their aim both with their pioneering work here in London, and their more established business in countries like Singapore and China.

They have good reason to be working hard to gain the first foothold on London’s aerial real estate. A recent Ofcom report stated that parcel volumes had increased by 11% in 2018 adding to the strain on an already congested road system. With the public’s appetite for e-commerce only increasing, it’s fair to assume that there is no relief in sight for our constricted London road networks.

Skyports are looking to the skies to ease the squeeze on the ground and increase delivery efficiency. Their business model focuses in two areas

The initial thoughts of someone reading this may naturally turn to the possibility of same day/immediate deliveries as they relate to e-commerce, but the application of the same strategies in the fields of medicine and industrial logistics could also have far reaching effects.

Andy Sage, NATS Head of Drones, predicted in a recent Times interview that one of the main barriers to a full drone delivery service – the pilot’s requirement to maintain visual line of sight while flying – could be lifted by 2020. When ‘out of sight flight’ becomes a reality, then a world of delivery possibilities opens up.

This change is largely thanks to new technology being developed to allow tracking of smaller, drone-sized craft at low altitudes. Whilst it will not be fully integrated to the high-altitude control systems, it is likely to provide a workable solution in terms of safe airspace sharing. This brings drone deliveries one giant leap closer and will also hopefully reduce airprox incidents involving drones as a much needed side effect.

Of course, tracking is not the only obstacle in the path of your package delivering drone. The potential for equipment failure, difficulties in flying in certain weather conditions and even criminal electronic hi-jacking are all challenges still to be faced. However, with a single drone pilot being able to monitor and control several craft at once, it would seem that the potential cost savings would justify the investment.

With Amazon’s recent extended testing in the Cambridgeshire countryside, it seems that they are keen to push their automation strategy from robots in the warehouse all the way into the skies. ’Prime Air’ deliveries have never been so close.

Pizzas and kebabs will probably still come via ground based transport for the time being but with the might, wealth and intention of Amazon and Alphabet behind the initiative, sky-borne deliveries are surely not too far away.

Amazon Prime Air has begun private trials in England, and the first customer delivery by drone recently took place. Check it out! http://amzn.to/primeair