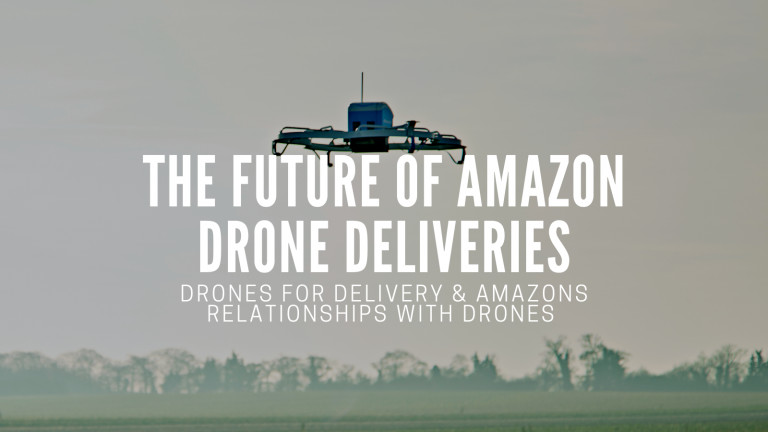 Ever since the first announcement of Amazon Prime Air back in 2016, professional drone operators have voiced significant concerns regarding the safety and practicality of using drones for commercial deliveries. Could this be down to the CAA and the Alauda Airspeeder Incident?

What is Amazon Prime Air?

Just five years ago, Amazon officials claimed that drones would start delivering parcels within a few years, and Prime Air's UK activities were at the centre of a massive public relations push. Local schoolchildren were given tours of the corporation's secret drone lab, and the company opened a massive new office in Cambridge, as well as a series of promotional movies for the flights that received millions of views on YouTube.

As the leading network of professional drone pilots in the UK, we can offer a unique insight into the health, safety and legal point of view. From this perspective, it’s important to consider that within cities and suburban areas, significant drone usage is not only implausible under the CAA’s current guidelines, but has massive potential to become a dangerous incident.

If for whatever reason a drone was to suddenly error or be interfered with, it would simply drop from the sky. This is a massive concern to the public, especially as Amazon UK’s initial plan is to autonomise their drones. This poses a massive logistical challenge in which it appears impossible to solve, which could be the reason for Amazon reorganising the department.

Other potential logistical challenges include privacy concerns from those the drone flies over and potential recordings of those who are nearby when it lands. There is also the issue of Britain's notoriously poor and inconsistent weather conditions. Actually, the weather is consistent, consistently wet! London had over 150 ‘rainy’ days last year, and that’s before even mentioning wind, snow and hail!

The CAA ​​Alauda Airspeeder incident from 2019 serves as a perfect example of how allowing outside, unauthorised drones into UK airspace can cause danger to others. The CAA issued an exemption to the Air Navigation Order to allow the flight in accordance with the operator’s Operating Safety Case. This OSC was not properly checked by the CAA and did not meet the operator or inspect the drone before the flight. As a direct result of this high profile crash - which should never have happened - the AAIB have forced the CAA to say that drones should not overfly anyone. This therefore restricts Amazon's ability to have drone deliveries in the UK

To put it simply, there is simply no infrastructure in place at this time for large scale drone deliveries and without clear and careful communication and consideration on those it will affect.

The Future of Drone Deliveries

We are certainly not opposed to the concept of drone deliveries. In fact, there are many examples of times where drones are far and away the ideal solution.

Medical drone deliveries have been used throughout the Covid-19 Pandemic to provide hospital-to-hospital medical drone deliveries to assist the NHS in delivering urgent medical kit, such as COVID-19 test kits and Personal Protective Equipment (PPE), between remote medical facilities. These ‘Skyports’ have proved invaluable in delivering cargo throughout the pandemic, and it won’t be long before they are deployed further.

Somewhat similar to this, it does make sense for drones to make and complete deliveries in far less suburban areas, such as the highlands or other remote rural locations. When deliveries by car or other more conventional forms of transport are not environmentally friendly nor time conscious it makes perfect sense to deploy drones for deliveries.

From an environmental perspective, the use of drones for deliveries in the UK makes sense - but not all the time! Small drones carrying packages up to 0.5 kilogram in weight would have lower emissions than any truck or van, researchers calculated. But larger drones carrying packages weighing up to 8 kg could generate much more emissions than trucks in regions with fossil fuel-powered electricity.

The Situation at Amazon

As the corporation shutters parts of its operation in the UK, WIRED Sources have stated that over 100 staff have lost their jobs and dozens of other positions have been transferred to other projects. According to these sources, the future of Amazon's UK programme, which began in 2016 to help pioneer the company's global drone delivery operations, is now in doubt.

More reports have also been published, further outlining the current situation at Amazon Prime Air. As claimed by the report, managers knew so little about the project that they couldn't answer basic work inquiries, an employee drank beer at their workstation first thing in the morning, and several employees who were forced to train their replacements in Costa Rica.  Amazon claims to have employees still working on Prime Air in the UK but refuses to provide a headcount or further details.

Drone Safe Register welcomes the idea of drone deliveries and can see the potential and need (in some circumstances) for drone deliveries. However, in the meantime, there seems to be far too many safety, legal and logistical challenges to be able to implement large scale drone delivery safely and effectively.