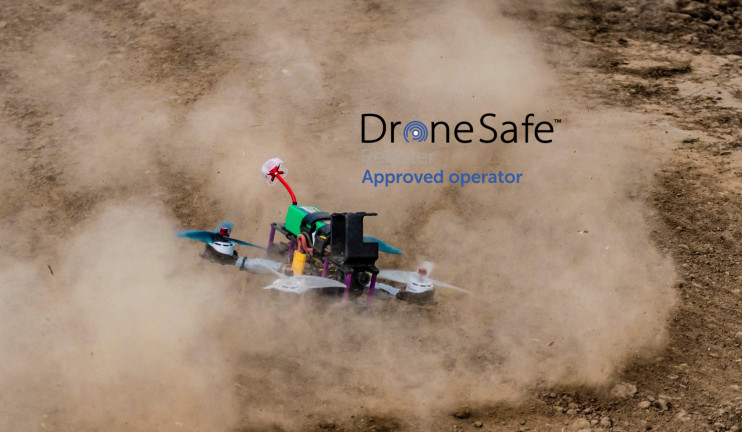 There are an ever increasing number of reasons to hire a FPV filming drone pilot!

FPV stands for ‘First Person View.’ It’s also referred to as ‘Remote Person View’ (RPV), and it means the drone is controlled and navigated using a view from the cockpit of the aircraft.

An on-board camera transmits a live signal to a viewing screen of the control device. FPV goggles are sometimes used and give the drone pilot an immersive experience as if he’s actually flying on the drone!

FPV drones are typically associated with drone racing. This is an increasingly popular sport where competitors fly their aircraft around a course in the fastest possible time. Obstacles, tight bends and narrow gaps the drone must be flown through add to the exhilaration.

Big money prizes can be won, and FPV drone racing is driving development of new technology and encouraging the younger generation into the world of unmanned aircraft.

So why is FPV drone pilot hire becoming popular?

The equipment and skills involved mean that FPV drone pilots are able to fly their aircraft with incredible accuracy. For example, an FPV pilot could navigate a drone inside the wreck of a building destroyed by fire.

The aircraft are smaller and more maneuverable than drones used for aerial filming and heavy lifting so they can fit inside small places. The pilot’s ability to see directly from the front of the aircraft makes accurate flying easier than if a camera is mounted as an external payload below.

Drone laws in the UK are evolving, so it’s important to check the current status and ensure you aren’t breaching regulations for FPV drone pilot hire. Under current laws the CAA insist that a competent ‘spotter’ must be present when a pilot is flying an FPV drone.

The role of the spotter is to maintain visual contact with the aircraft and advise the pilot of any air traffic or other hazards. For example, a military helicopter could approach an FPV drone from the side and the pilot may not see it from his front-facing camera view.

Join our Professional network from just £18 per month