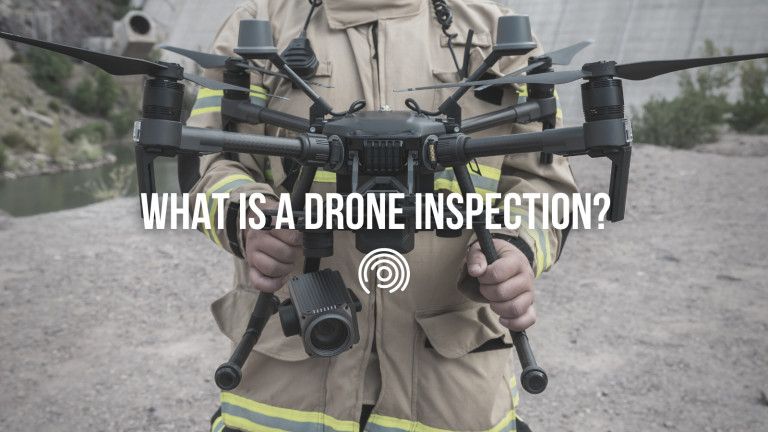 Drones have revolutionised inspections of hard-to-reach assets such as wind turbines, cell towers and roofs. Hundreds of industries require visual inspections as part of maintenance programs, and drones have several advantages over traditional, manual methods.

Firstly, the risks of using ladders, ropes and scaffolding are eliminated. There are of course health and safety procedures to follow when using drones, but the risks are far less than those associated with having workers access hard-to-access areas. A drone inspection can be far quicker than a manual one, with a drone collecting huge amounts of data in a matter of minutes. The costs of drone inspections are typically far lower than other methods.

Visual inspections by drone are the most common, but other technology can also be deployed making them even more powerful. Thermal cameras can identify where heat is leaking when inspecting a building. Multispectral sensors are being used in the agricultural sector to help farmers monitor the health of crops. Advanced drones are capable of carrying different types of sensors and cameras for this more specialist work, and the data captured is just the beginning. Sophisticated software using machine learning and AI can analyse the data far more efficiently than a human, saving hundreds of hours.

Some industries have been slower to adopt the use of drone inspection services than others, but it’s now becoming common. The power generation and mining sectors recognised the benefits of increased safety in hazardous locations. Drones are now the go-to tool for surveys of coal-fired boilers, wind turbines, chimneys and heavy machinery used in mining.

The range of benefits of using drones means that the whole inspection profession will change over the next few years. The same expertise in analysing and interpreting data will still be needed, but the way the data is captured will be far better. Engineers will still be required to access assets when damage is identified, but the whole process will be far more efficient thanks to inspection drones.

A typical scenario where new technology can improve inspection processes is the maintenance of cell towers. This would have required ladders and scaffolding in the past, with considerable time and expense involved. It can take a day to erect scaffolding and another day to remove it. The actual inspection may be less than an hour. After a risk assessment survey, a drone can be launched in minutes, capture data for the survey and be back on the ground.

As well as the improved safety and reduced time and cost, drone surveys can also produce more accurate data. A meticulous record of the condition of assets over time can be recorded, giving a digital footprint over its life history.

What can a Drone Inspection Reveal

In its simplest form, a drone inspection can give visual evidence of damage in need of attention or the source of a problem. For example, aerial images of a roof can confirm the state of repair and pinpoint problem areas. More in-depth data can be captured using thermal imaging and other specialist camera technology. For larger inspection jobs a 3D model of an asset can be created.

To find out more about drone inspections and aerial surveys use our Quick Quote service here to contact experts in your area.