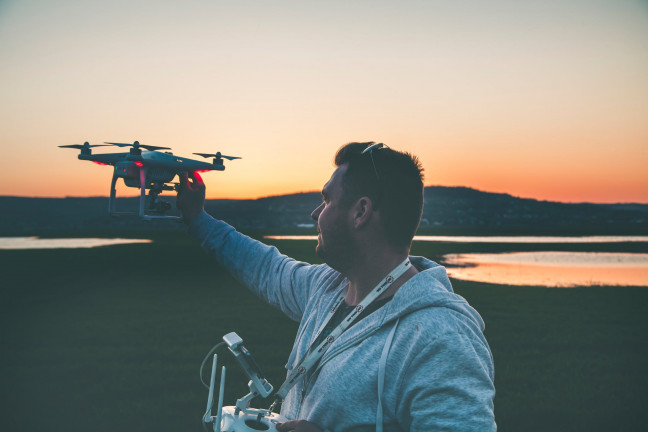 Drones do not have to be registered in the UK at the moment, but the government has announced plans to change this. The timetable and details are yet to be confirmed, but it’s believed drone registration will only apply to aircraft weighing more than 250g.

You do have to be approved by the Civil Aviation Authority to carry out commercial work at the moment, and this can cause confusion. It also means that if you need to hire a drone pilot you should check that he has the necessary CAA approval. An approved drone pilot operates to a strict procedure manual, carries Public Liability Insurance and has passed written and practical tests to prove he can fly safely.

The term registered drone hire pilot is sometimes used to refer to someone who has the CAA’s PFCO. This stands for Permission to Fly Commercial Operations. It’s not a drone licence as such, but if you hire a PFCO approved drone pilot you can be confident he can work legally.

As the use of drones in industry becomes more widespread it’s understandable that the government want to tighten legislation. Drone Safe Register has been campaigning for improved safety and enforcement of regulations for some time in the UK. With over 370 CAA approved drone pilots in its network, Drone Safe is a market leader.

Drone registration in the UK is encouraged by most people in the industry. It’s a way of introducing greater control and making recreational drone users more responsible. Pilots who carry out commercial work legally already operate to strict safety standards, and changes in the laws of ownership are unlikely to have any impact.