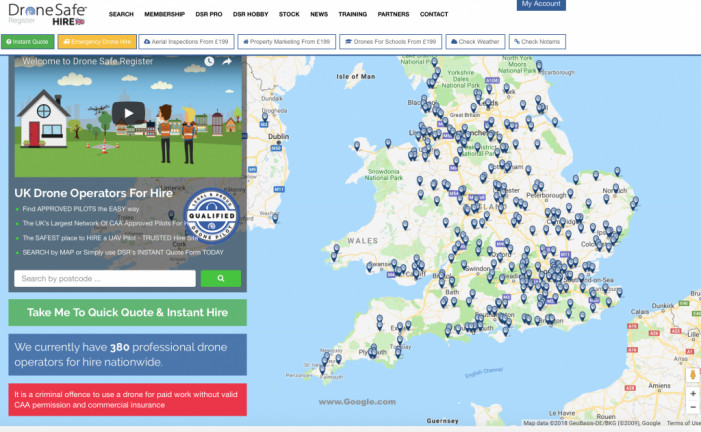 Way back in 1909 John Moore Brabazon made the first officially recognised aeroplane flight on the Isle of Sheppey and was granted the UK’s first pilot licence.

I wonder what he would have made of drones that are becoming a common sight in the sky above Kent!

Drone hire in Kent is becoming very popular as more and more industries and businesses are embracing the technology.

There’s still some public perception that drones are toys and can be a menace, but this is gradually changing. News reports are highlighting the predicted value to the economy of the UK’s drone business, and thousands of jobs will emerge as a result over the next decade.

One of the most iconic scenes of World War 2 is Spitfires flying over the White Cliffs of Dover in Kent. Capturing aerial footage of these cliffs is of course very popular, and it’s easier than ever thanks to drones.

Any drone owners wanting to do this must of course follow the Drone Code and understand how rules and regulations apply.

You need to obtain permission to film at the White Cliffs of Dover, and unless you have experience of this type of thing it’s best to search for an instant drone hire quote in Kent.

If footage and photographs are to be used commercially, a CAA approved drone pilot will be required.

He will need a minimum of five million pounds of Public Liability insurance, and have experience of operating in areas of outstanding natural beauty and sites of special scientific interest.

Leeds Castle is another popular attraction in Kent, and you’ll need permission to fly a drone here too.

As it’s a popular venue for weddings, there’s increasing interest in drone hire quotes in Kent by couples planning their special day at the castle.