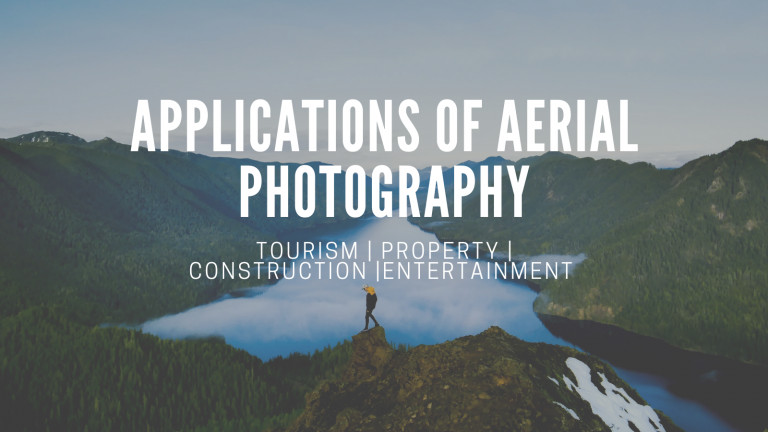 Fast becoming one of the most versatile and widely used forms of photography, aerial photography has many applications, some that you may not even have considered. Now a key tool in many commercial fields such as tourism and property marketing, the ability of aerial photographs to accurately capture the world from above as well as being able to zoom in on specific detail is also proving an invaluable asset in a variety of industrial and agricultural applications, film production and even the military.

In this article, we will explore some of the most popular applications and uses for aerial photography.

What new applications of aerial photography can you think of? Tweet us your response!

In the tourism industry, aerial photography can be utilised to capture the alluring detail of locations from above with aerial shots...perfect for showcasing an area to attract more visitors. When it comes to the events industry, applications range from security and crowd monitoring at large-scale events to capturing elaborate aerial images of concerts, festivals, and even weddings as a unique way to remember the celebrations.

Aerial Photography For Property and Housing

While having many potential uses in the world of property, one of the applications gaining the most traction in this field is with estate agents wanting a unique way to appeal to prospective sellers. Aerial photography can provide a new, creative perspective of a property and can give an accurate preview for potential homebuyers and investors looking for properties in person as well as those who may only be searching sites online.

Industrial aerial photography is another popular application, with uses including construction and infrastructure surveys. Aerial images provide a bird's eye view of land and structures while also providing important detail on progressions or changes to a site that are not visible from ground level. The use of drones in this industry has become even more accessible as their cost has decreased significantly.

Get a Quote For Construction Surveys Today

Aerial Photography For TV and Film

In recent times, the entertainment industry has begun to realise and take advantage of the vast capabilities of aerial photography to aid in the production of film and tv shows. Filmmakers in particular (although aerial cinematography is not a new concept for them) are increasingly finding new ways to employ new and exciting technological advances such as drones to enhance the storytelling process, using powerful imagery to creating breath-taking and dramatic scenes. With large cranes and helicopters traditionally being used for aerial photography, this medium was previously only available to big-budget productions such as come out of Hollywood. Since the use of drones in film-making becoming legal in 2014 however, aerial photography has become accessible to more and more film-makers who are now making good use of its potential to powerfully enhance their productions.

Aerial photographs have long been used by the military, from right back to the First World War where Germany became one of the first countries to fit reconnaissance aircraft with cameras to capture images of enemy manoeuvres and defences. Technology has obviously advanced hugely since, enabling the use of drones for a wide range of purposes from intelligence, scanning borders for potential threats, and to carry out accurate mapping.

The many ways aerial photography can be used to our advantage are evident in the wide range of applications that have been developed in so many different sectors of society and business. The most important takeaway is that aerial photography has the power to capture a scene in ways that ground-level images simply cannot. It may not be something you have previously considered, but there are so many great reasons why it’s worth investing in drone footage to take your business to the next level.

So, if you're looking for a new perspective, or a creative USP to set you apart from your competitors, whatever your business, then contact us today and we can explore the best ways you can put this technology to use!