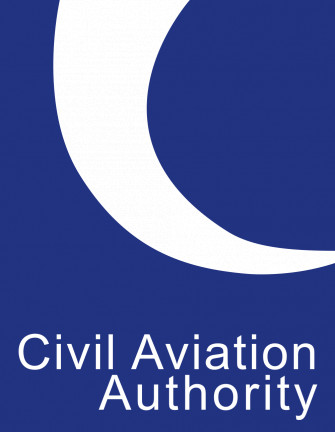 This week, Drone Safe Register (DSR) spoke to Jonathan Nicholson who is the Assistant Director of Corporate Communications at the Civil Aviation Authority (CAA) Press Office.

DSR: What is the role of the CAA concerning drones both as a hobbyist and a professional?

CAA:  The CAA’s interest is as an aviation safety regulator.  So our role covers both drone safety whether you are a hobbyist or a professional.  The CAA is interested in making sure that drones can fulfil their potential commercially and that people can enjoy flying their drones.  But it must be done safely whilst interacting with everything else that is in the air space.

DSR: Can you tell us about the CAA rules and regulations that form part of the UK’s aviation law?

CAA: There are rules and regulations that the CAA set and which form part of the UK’s aviation law.  These rules and regulations include safety practises such as how close you can fly a drone to people and buildings etc. Whilst these rules are important to abide by, our primary focus is ensuring aviation safety and making sure everything integrates safely into the UK’s airspace.

So let’s say somebody flies a drone down the high street at ten feet above the ground on a Saturday afternoon.  This is more a police matter rather than one for an aviation regulator.  The police are likely to use the CAA’s regulations to prosecute the misuse of the drones.  So the police are the enforcers of the aviation rules.   Just like if there is a situation with an airline pilot who is drunk.  Very occasionally we see a situation where an airline pilot is arrested and prosecuted for being above the alcohol limit.  The police will quote the CAA’s regulations but the CAA are not present at the time of arrest.  It’s the police that arrest and the crown prosecution service that bring the prosecution.

The extra thing to add, of course, is that for commercial and professional drone operators the CAA grants the licences and permissions to drone pilots based on the recommendations we receive from the NQE organisations running the commercial training courses.

DSR: What is the penalty for operating commercially without CAA permissions?

CAA: Whether you are a hobbyist or a professional and you break the aviation law obviously it depends on what exactly has been done.  If you are found guilty, in most cases it will result in a fine. That fine would normally be set by a magistrate.  The fine can amount to thousands of pounds up to £5000. Ultimately though, if you are found guilty of endangering an aircraft, then you could go to prison.  This is something that all drone users need to bear in mind.

DSR:  What other drone initiatives is the CAA currently involved in?

CAA:  The CAA view drones as being a very important part of the aviation industry, going forward. So we absolutely do not want to stifle this in anyway.  The CAA is involved in lots of exciting education initiatives to help spread drone safety awareness.  One of the reasons we are involved in education is because we want to make sure that anybody who wants to use a drone safely (whether as a hobbyist or professional) doesn’t get restricted or affected by other factors. So actually a lot of our work involves trying to make sure that people are able to continue to use drones rather than being ‘kill joys’ of the drone industry.

We are two months into an extensive drone education project funded by the Department for Transport (DfT).  The aim of this project is to establish a much more significant drone education programme which is a UK first. This is really about getting the safety message across to consumer and hobbyist drone users.   The CAA believes the UK’s professional drone pilots who have gone through training, an assessment and approval should already know about air space, where they should and shouldn’t fly – so right now the primary focus is on educating the hobbyist/consumer who we can’t expect to have any drone safety knowledge.

Anybody can go to a store such as Maplin in the morning to buy a drone and be flying it by the afternoon.  So it’s about getting the safety message across in ways that are engaging and interesting to them.  It’s very much from a ‘carrot’ perspective rather than a ‘stick’ method because we want people to pay attention to this and take on board the safety message.

As part of this education initiative we first undertook some research concerning drone consumer users so we could understand our audience, how to reach them and how they react to things.  We undertook telephone and online surveys and interviewed focus groups so that we could understand our audience.  The data gained from our consumer research we are now using to devise a new dronecode.  It won’t be radically different but the aim is to make the dronecode more engaging.  It will answer questions that the CAA often receive such as, ‘How high is 400 feet?’   The CAA says not to fly above 400 feet but the response is, ‘how do we know what 400 feet is?’  Even airline pilots can struggle to gauge heights so the CAA is engaged in making things simpler for drone users.    The aim is to complete the education programme and relaunch the dronecode by October of this year.  We will be consulting with many groups including airline pilots, drone consumers, drone manufacturers such as DJI and drone retailers including Maplin to make sure everybody is absolutely happy with the dronecode so that it is supported, backed and utilised.

The CAA is also running a big Christmas campaign so we are talking to the media industry, particularly to a lot of consumer media.  Lots of people have a drone to help them with their hobby or profession such as film makers and photographers. So we plan to talk to publications such as Digital Photographer magazine.  Or for example, if the Sunday Times is running an article on ‘Christmas drone presents’, we’re working hard to ensure that the article mentions the existence of the CAA and the dronecode.

Another exciting initiative that we are planning to launch later in the year, is getting drones into science classes in schools.  Again absolutely embedding the drone safety message is part of this initiative.   There is a whole package involved so kids can learn how to build a drone, how drones work and how they fly.

All of these initiatives feed into our primary role of being an aviation safety regulator.  But it takes a while to change public behaviour. Consider the nation’s ‘drink driving campaign’ and how many decades it took to change public opinion before it became socially unacceptable to drink and drive.  In any national campaign it takes time to reach that broad spectrum and educate the general public.