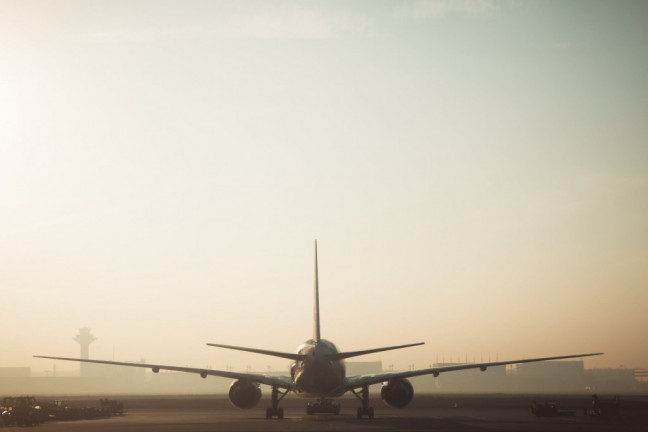 The way unconfirmed drone v manned aircraft near misses are reported and logged will not change anytime soon, was the message delegates heard at a top-table meeting held in London yesterday (Thursday 19/09)

The AirProx Stakeholder Engagement Meeting at the Royal Aeronautical Society was organised by the Association of Remotely Piloted Aircraft Systems (ARPAS) and was attended by representatives from across the UAV industry, including Adrian Westwood from Drone Safe Register.

Each presented their view on the current airprox reporting mechanism, the reasons for maintaining the mandatory reporting requirement, the limitations of the existing system, the media and public’s perception of and reaction to unconfirmed drone near misses, and the electronic identification technology that may well change how the system works in the future.

Some of the facts and figures that came out from the presentations included: –

In 2018 there were 139 reported airprox incidents involving drones and manned aircraft, of which nearly 70% were in the two highest risk categories (A = serious risk of collision existed and B = safety of the aircraft compromised).

In 2019 there have been 79 reported airprox incidents so far (July 2019), of which just over 40% were in the two highest risk categories.

Given that the months with the highest number of reported airprox incidents are May, June and July, this appears to indicate a significant reduction. This was put down to the introduction of the 400ft altitude limit and 1km airfield exclusion zone legislation in July 2018, and the enlarged flight restriction zones introduced in March 2019. However, the number of incidents falling within the two highest risk categories was still of concern. It is expected the Drone Registration Scheme due to be implemented in October 2019 will result in a further fall in incidents as recreational drone fliers become more aware of the safety rules. Drones come with a responsibility was the common refrain.

One of the most interesting presentations, Rogue Drones in UK Airspace, was from Mark Dale of Airprox Reality Check, who looked at the improbability of drones reaching the altitudes reported.

Mark used the example of a hypothetically-hacked DJI Phantom 3 to show the potential maximum altitude was 5,000’, with a hovering capacity of a few seconds. He asked how many of these mythical hackers were out there, and who was producing the batteries required to reach these heights. Most drones used by commercial operators and recreational fliers are limited to 120m/500m. As reports of drone sightings above 6,000’ are, therefore, erroneous, doubt must also be placed on sighting below 6,000’. Mark then gave some interesting insights into the science of human visual perception, with the parting shot that a Boeing 737 at 10km appears the same size as a DJI Phantom 4 at 100m.

Of great concern to delegates and presenters alike was the media vilification and hostile public perception of drones, which influences politicians and legislators at national and local levels, and potentially leads to more regulation and less adoption of UAV technology by those businesses, sectors and industries commercial UAV operators need to see expand.

DJI Corporate Communications Director Adam Lisberg explained this negativity has a real impact on UAV operators, recreational drone fliers, and the development and economic uptake of UAV technology. He called for the UK AirProx Board to set a new global standard for drone incident reporting based on comprehensive and accurate data. Adam explained the safety benefits of the new electronic identification equipment that will be fitted to all new drones from 2020, resulting in the largest roll-out of ADS-B receivers in aviation history.

His concerns were echoed by Phil Banks, Head of Air Traffic Management at Altitude Angel, who called for a greater harmonisation of Air Traffic Management and Unmanned Traffic Management. Phil called for more electronic and radar data to be made available to companies such as Altitude Angel from organisations such as NATS, the US Federal Aviation Authority (FAA) and the European Aviation Safety Agency (EASA). This would allow for comprehensive situational awareness systems to be developed and made available to UAV operators. Phil explained how they are developing real-time airspace alerts to warn UAV operators of manned aircraft heading in their direction, with speed, direction, time and altitude information, and the benefits of using the existing strategic flight planning apps to aid safety now.

Andy Hamilton, UAS Sector Lead at the CAA, was concerned that UAV operators were not reporting airprox incidents, in accordance with the Mandatory Occurrence Reporting requirements in their Operations Manuals. Only one airprox had so far been reported by a UAV operator in 2019. He understood some operators might fear losing their Permission for Commercial Operations (PfCO) if they did report an incident. He reiterated the CAA was not there to apportion blame but that the Just Culture process was intended to improve aviation safety through the sharing of data and experience. Manned aircraft pilots, also, should not fear being vilified if they report a drone airprox as this would result in an erosion of the safety culture built up over decades.

In conclusion, all agreed more comprehensive, precise and accurate data relating to airprox incidents was needed to inform the safety debate, change public perception and influence future legislation. This would greatly assist the economic growth and uptake of the UAV sector. Although UAV technological and geofencing systems will continue to be refined, and remote electronic identification systems solutions will be introduced, reporting remains the bedrock of aviation safety and will remain so.