Drone Safe Register™  (DSR) is increasingly asked by our hobby members and other amateur drone pilots, “Where can I fly my drone?” 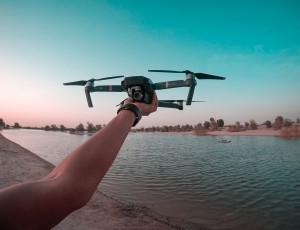 we are crowdfunding to promote the safe use of drones! link here

DSR’s advice is always check with the land owner – before you take to the controls.  Even if you take off from private land, often you may not fly over public land without permission.

You’ll also need to ensure you are well aware of the UK’s aviation rules which are regulated by the Civil Aviation Authority (CAA) and enforced by the police.

The use of ‘drones’ is becoming increasingly popular as they become more affordable. Just like any other aircraft, a drone must always be flown in a safe manner, both with respect to other aircraft in the air and also to people and properties on the ground.

There are two sets of regulations which apply to the use of drones in the UK, whether they are being used for commercial or recreational purposes:

Last year The CAA launched The Drone Code which all drone pilots must adhere to.

When you fly a drone in the UK it is your responsibility to be aware of the rules that are in place to keep everyone safe. You must follow these simple steps to make sure you are flying safely and legally.

Here is a summary of the drone code:

Don’t fly near airports or airfields

Drones with a camera

In addition the CAA’s rules, there are UK data protection regulations which apply to drones used for capturing personal data.  These rules are enforced by the Information Commissioners Office (ICO).  If you have a drone with a camera its use has the potential to be covered by the Data Protection Act 1998 (the DPA). The ICO therefore recommends that users of drones with cameras should operate them in a responsible way to respect the privacy of others, and to comply with the provisions of the DPA.

Are drones covered by the Data Protection Act (DPA)?

If a drone has a camera, its use has the potential to be covered by the DPA.

Is it OK to use drones with cameras?

If you are using a drone with a camera, there could be a privacy risk to other people.

Advice from the ICO regarding how to use your drone with a camera responsibly:

Consider your surroundings and be aware of other people’s property.

If you are recording images beyond your home, a drone may intrude on the privacy of others where they expect their privacy to be respected (such as in their back garden). It is unlikely that you would want a drone to be hovering outside your window so be considerate to others and don’t hover outside theirs.

Get to know what your camera can do, and the kind of images it can capture.

It is a good idea to get to know the capability of your camera in a controlled situation to understand how it works. What is the quality of the image? How powerful is the zoom? Can you control when it starts and stops recording?

Drone cameras are capable of taking unusual and creative pictures from original vantage points. Knowing the capabilities of your camera will help you to reduce the risk of privacy intrusion.

Plan your flight to avoid invading the privacy of others.

Your drone’s battery life is likely to be short. By understanding its capabilities you will be able to make best use of its flight and it will be easier to plan how to avoid invading the privacy of other people. For example, it may be more privacy-friendly to launch from a different location rather than flying close to other people or their property.

Keep you and your drone in view.

You won’t want to lose it, and if you are clearly visible then it will be easier for members of the public to know that you are the person responsible for the drone.

Once your drone has landed, think carefully about who’s going to be looking at the images, particularly if you’re thinking about posting them on social media. Avoid sharing images that could have unfair or harmful consequences. Apply the same common sense approach that you would with images or video recorded by a smartphone or digital camera.

Keep the images safe and consider whether you should keep them at all.

Keep the images safe. The images you have taken may be saved on an SD card or USB drive attached to the drone or the camera. If they are not necessary, then don’t keep them. If you do want to keep them, then make sure they are kept in a safe place.

Keep well away from airports and airfields

One of the best advice when it comes to where you can fly your drone is ‘keep well away from airports, airfields, runways, helipads and airstrips.   The safety reasons for avoiding airports are clear.

runways, helipads and airstrips.   The safety reasons for avoiding airports are clear.

Drones.co.uk can help with identifying NFZ’s. This is a free, easy to use tool showing where the no fly zones are in the UK. They use the rules and regulations of the UK Air Navigation Order (CAP393) to present a simple graphical tool to aid safe flight planning for hobbyists and professional drone operators alike.

The official definition is “An airspace of defined dimensions within which activities dangerous to the flight of aircraft may exist at specified time. HIRTA’s are High Intensity Radio Transmission Areas, flying through these areas could interfere with the electronics on board your drone.

Prohibited Areas are areas of airspace which for one reason or another have been prohibited from having aircraft enter them. The official definition is “An airspace of defined dimensions above the land areas or territorial waters of a State within which the flight of aircraft is prohibited” You will have to investigate the NATS AIP for more information about why the area is prohibited.

Aerodrome Traffic Zones, they surround smaller airports and aerodromes that do not have additional controlled airspace. Other areas of blue identify Controlled Airspace.

Restricted Areas protect sensitive locations such as prisons and nuclear facilities. The official definition is “An airspace of defined dimensions above the land areas or territorial waters of a State within which the flight of aircraft is restricted in accordance with certain specified conditions”

Drone Assist is a very useful drone safety app from NATS, the UK’s leading provider of air traffic control services. … It also contains a ‘Fly Now’ feature that enables you to share your drone flight.

The app will help to ensure you’re flying your drone safely in the UK.  Drone Assist provides location-based information on areas of airspace to avoid or in which extreme caution should be exercised, as well as on ground hazards that may pose safety, security or privacy risks.

Filming or photography cannot be undertaken at National Trust sites without a contract being in place which has been signed by both parties.  All aerial activity above our sites is prohibited unless specific permission is granted, according to an existing by-law.

Here is The National Trust’s policy for hobby drone pilots:

Drone flying by our members or by the general public

Bye-laws exist on Peak District National Park Authority owned land which precludes the flying of model aircraft. If you want to fly a drone on or over land that the authority does not own , you should seek permission from the landowner, especially where there is potential for disturbance to other people or wildlife.

The Yorkshire Dales National Park Authority advise you to obtain permission from the landowner before flying your drone – over 95% of the National Park is in private ownership. You should also think about how your activity might disturb other people who have come to the National Park to enjoy its peace and tranquillity, and the potential to disturb wildlife.

The National Trust owns considerable amounts of land around Malham Tarn and in upper Wharfedale. They do not allow recreational drone flying on their land.

Drone operators must respect the environment, the privacy of others, and take care not to harm or disturb any livestock or wildlife.

With permission from South Downs National Park and surrounding landowners you can fly your drone.  You must abide by the drone code.

You can see what Exmoor National Park owned here:

On Other Land Within Exmoor National Park

The Authority can’t give permission for drones to be flown over other people’s property so you will need the landowners consent. However we may be able to help with landowner information.

Care and attention is required when operating drones in the mountains due to the high number of walkers.

In terms of Snowdon, all the access routes (which are all Public Rights of Way) to and from the summit are geographically very narrow linear corridors with high numbers of walkers. The summit area in particular can become congested especially during the summer months. More than one drone flying around within close proximity of another may give rise to serious concern in terms of public safety.

Please bear in mind that there may also be other aircraft in the area at low level such as search and rescue helicopters or those used for military training purposes. Operators and organisers should therefore think carefully when operating drones and their potential for causing serious injury and your subsequent potential liabilities.

Please Note: The National Trust do not permit the use of drones over any of their property such as the Ogwen Valley, Carneddau & Glyderau (including Tryfan).

Flying drones as an informal activity or hobby is not allowed on Scotland’s National Forest Estate. This is because this activity is often incompatible with responsible access under the Scottish Outdoor Access Code, particularly in a working forest environment, instances where people are enjoying quiet recreation, or where it may impact on people’s privacy.

If you want to fly drones for professional reasons (such as commercial photography, film-making or surveying), please contact the relevant forest district office to apply for permission. Their permissions guidance will assist you in seeking the correct permissions.. Please also consider how your drone use might impact on other people’s enjoyment of the forest and their privacy.

It will affect anyone who owns a drone which weighs more than 250 grams (8oz).

“Like all technology, drones too can be misused. By registering drones, introducing safety awareness tests to educate users we can reduce the inadvertent breaching of airspace restrictions to protect the public.”

DSR welcomes these measures in the name of safety.  Registration of drones is important for accountability.  There has not been a significant accident involving a drone yet, but there have been several reports of near misses with commercial aircraft. There have also been incidents of drones being used to deliver drugs to prison inmates.

There’s a drone at the end of the tunnel!