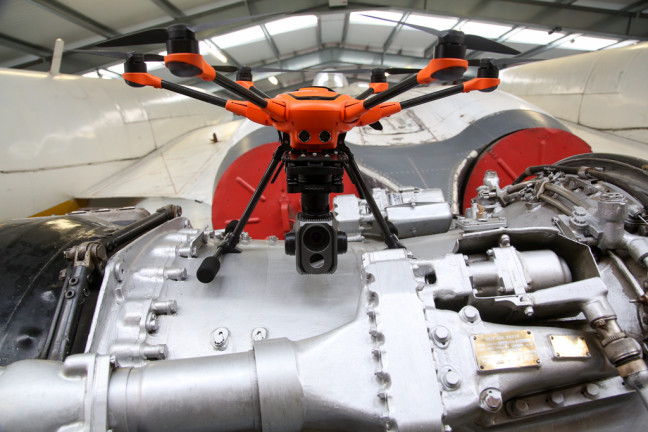 The Economic benefits of drones

The potential economic benefits of drones to the UK economy should be assessed over the next six months, according to the influential House of Commons Science and Technology Committee.

The all-party select committee is tasked with investigating and assessing the benefits of new technology to the economy, and society, as a whole. It has been looking at the drone industry, commercial and recreational, for 18 months and published its findings today (October 11, 2019).

“In light of the high-profile and increasing relevance of drone use in the UK, we decided to launch an inquiry to assess the actions (already) taken to enable the opportunities from drones to be harnessed while mitigating the associated risks,” explained Committee Chair Norman Lamb (Lib-Dem MP for North Norfolk).

“We recognise drone technology is moving at a pace, carrying with it a multitude of opportunities and risks. The Government needs to act to ensure it can stay ahead of the curve in the future. The Government should produce a White Paper by Summer 2020 outlining the vision for how drones will be integrated into UK communities over the coming years,” added Mr Lamb.

Throughout the enquiry, the committee heard about the positive effects drones can have on society. It understood that in order to maximise the opportunities offered by drones, the government should act to improve public perception and awareness of drones by launching a public awareness campaign before Summer 2020. This campaign should highlight the opportunities presented by drones and inform the public of the reality of the risks posed by drones.

In terms of the possible risks drones pose, the committee was concerned there are differing opinions within the aviation community about the likely severity of any damage caused by a drone-manned aircraft collision. They were also concerned at the lack of verifiable and reliable data on airprox reports. The committee called on the government to complete a substantive assessment of the risks drones posed to manned aircraft and publish their findings by the end of 2020.

The committee advised the government should go ahead with its plans to make it mandatory for all drone manufacturers to have in-built safety features as standard, including geo-fencing and electronic conspicuity. Existing drones will have to comply with electronic conspicuity regulations.

“We, at Drone Safe Register, welcome the fact the committee has recognised the potential economic, environmental and social benefits provided by drones, and has called upon the government to take action to support the industry,” said Drone Safe Register CEO Mark Boyt.

“We look forward to taking an active part in the development of the practical legislative and regulatory framework, in consultation with, and on behalf of, our members, needed to maximise the opportunities available. We will also continue to work alongside other drone organisations, NQEs, manufacturers and operating companies, to ensure the economic outcomes we all want to see, come to fruition as soon as possible,” added Mark.

The effectiveness of anti-drone technology

The economic opportunities arising from the growth of drone technology

The plans for registration of civilian drones in the UK

The full report of the House of Commons Science and Technology Committee: Commercial and recreational drone use in the UK can be read HERE