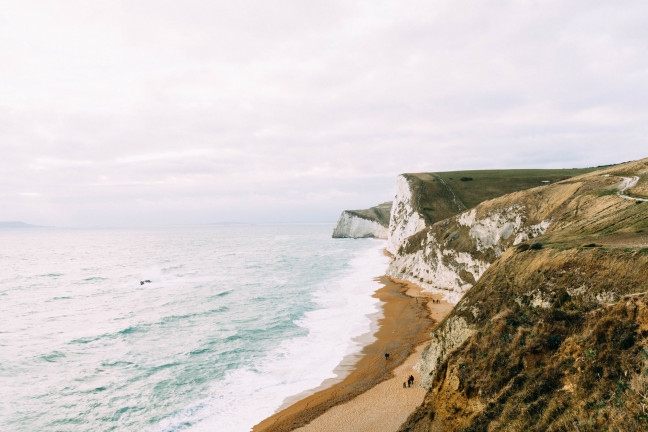 Made famous by the television series Broadchurch in recent years, Dorset’s Jurassic Coast is one of the most stunning in the UK.

Harbour Cliff Beach featured heavily in the series, and it’s not the only one worth a visit.

Another iconic view is Lulworth Cove with it’s stunning cliffs and famous Durdle Door arch. It’s not surprising that drone hire in Dorset is a growing market.  As well as the tourist trade, drone hire in Dorset is popular for roof inspections, building surveys and insurance claim validation work. Using a drone for this type of work is very often much cheaper, less disruptive and can save a lot of time. Organising a cherry picker or scaffolding can take several days and costs can run into thousands. Drone hire in Dorset and other parts of the UK can be as little as £200.

Reports in the popular press have raised concerns about the safety of using drones, but these are often scare stories to attract attention. Whilst it’s true there are a few rogue pilots who push the limits and want to get a name for themselves, the vast majority of drone operators follow safety advice and fly responsibly.