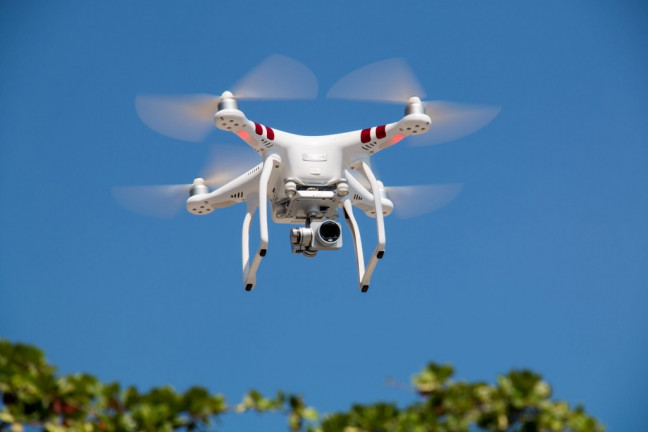 The Positive Uses of Drones today

This week Drone Safe Register (DSR) explores the amazing applications in which drones (UAVs) are used.

Drones are entering a new era. The driving force behind drone technology is increasing efficiency, increasing safety and doing so at lower costs. According to Goldman Sachs research, the global commercial drone industry is set to evolve into a $100 billion market by 2020. Right before our very eyes drones are game changing just about every business and industry sector.

We hear a lot of negative press associated with drones from near misses with manned aircraft to drones being flown over Big Ben – all it takes is just one reckless person to flout the UK’s aviation rules and the drone industry’s reputation takes a leap backwards. Drones in the wrong hands are clearly bad news, yet for all the bad press there are some very positive stories making their mark out there!

DSR has scoured our member profiles and the internet to help us tell the story! From their potential to expedite shipping to aerial inspections, surveillance and even helping to protect wildlife in the form of drone conservation. From sacrificing drones in the name of science by flying direct into a volcano inferno to saving lives using drones- we discover some very exciting drone usage!

Drones and innovations in UAV technology are helping to save lives all around the world.  In Rwanda drones are being deployed to deliver lifesaving medical supplies to those in need, in a country that is renowned for remoteness and bad roads. Check out Zipline’s impressive UAV, which is reducing delivery times from 4 hours across difficult topography to an almost effortless 15 minutes by drone.

Another lifesaving drone that caught our eye is ‘Ambulance Drone’ which was developed by engineering student Alec Momont at Tu Delt in the Netherlands. Alec specifically created it to tackle the high mortality rate of people who suffer cardiac arrest.

Around 800,000 people have a cardiac arrest per year in Europe, but only 8% actually survive. To deal with this Alec designed his prototype drone with a built-in defibrillator, on-board camera and microphone to allow a medic to operate it remotely. Ambulance Drone folds up and becomes a toolbox for all kinds of emergency supplies. Future implementations will also serve other cases such as drowning, diabetes, respiratory issues and traumas. Very impressive:

More locally in Surrey, UK, drones are being used by the Surrey Search and Rescue to search the county for missing people and save lives. Using drones to capture footage on difficult terrain and hard to reach areas, such as rivers and woodland, allows the rescue team to gain vital information quickly, safely and respond effectively at an incident.

The rescue service has employed the use of two DJI Phantom 3 drones to stream footage back to their command vehicle. The team of unpaid specialists can be called out by Surrey Police to help find missing children or an elderly person who may be suffering from dementia. This technology offers a highly cost effective approach to a missing person search and situational awareness especially during flooding or water rescues.

Drones are transforming the way emergency services and first response teams operate by not only helping emergency teams make faster, smarter and better informed decisions, but also by providing first responders with more detailed information from an aerial perspective. The technology is easy to deploy and can be used in dangerous situations without risking pilots’ lives. This ultimately saves lives and property.

Here in the UK, police forces around the country are using drones to aid criminal investigations. Earlier in the year, The Times reported that more than a quarter of the 43 forces in England and Wales are considering introducing the UAVs following a successful test period.

Sussex and Surrey forces use a drone with a camera to patrol the perimeter of Gatwick airport for suspicious activity. The forces received a £250,000 grant from the Police Innovation Fund to buy additional SkyRanger drones. They now have five drones – more than any other force in the country.

All around the world drones are helping scientists to boldly go to places that are inaccessible or too inhospitable for humans to collect data.

None more so than explorer Sam Cossman’s science expedition whose volcano mission success was crucial to drone usage. Last year drone pilots and scientists converged on Marum Crater, an active volcano in Vanuatu. The team used camera-mounted drones to capture high-definition images of the spectacular yet dangerous volcano. The scientists battled toxic gases and boiling lava whilst exploring the 7.5-mile-wide (12-kilometer) caldera. We are happy to learn that all the team survived the expedition but unfortunately two drones succumbed to the harsh environment. The exploration team was able to bring back video and photos that will help scientists learn more about the volcano and the life around it. A mission made possible only by the use of drones!

One of the world’s greatest challenges is preserving our environment for future generations while sustaining a growing global population. The key to combining greater agricultural yields with sustainable farming practices is efficiency. Drones are set to game change farming and agriculture more than any other industry and sector. This is all set to happen through precision agriculture.

Drones are having huge positive effects in animal conservation and habitat protection. UAV’s are helping especially in wildlife monitoring, geographic mapping and environmental law enforcement.  UAV’s provide researchers with a unique ‘bird’s eye’ view of their subjects, enabling them to count individuals easily and determine the population’s size.  Drones can help keep tabs on migration patterns and assess the species’ overall health. They also help keep poachers away!

DSR was impressed with Ocean Alliance’s use of cutting drones that are helping to study whales in the Sea of Cortez.  The Snotbot’s team of researchers conduct non-invasive, ground breaking aerial technology for the purpose of whale research and conservation.

Why not watch our Dragons Den Pitch?