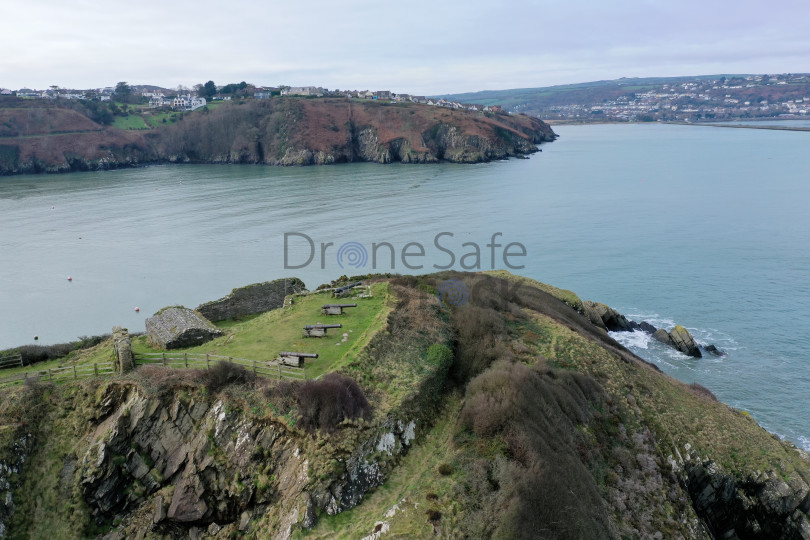 Artillery fort: a roughly 30m east-west by 25m enclosure upon Castle Point, comprising a battery facing north & west, with a simple wall set across the neck of the promontory.

Constructed 1781, the fort had eight 9-pounder cannon and participated in the action of 1797.

One of the few pre-Second World War coastal defences to have fired shots in anger, Fishguard Fort occupies Castle Point overlooking Fishguard Harbour from the south-east. It was built between 1781 and 1785 and successfully warded off the French invasion force of 1797 with a single cannon ball, forcing them to land further along the coast of Pen-caer/Strumble Head. Today the fort stands restored with four cannon facing bravely out to sea